The Carrera 1/12 car was based on a platform design using 2 different molded chassis, several front ends and two different rear axles. Mixing these parts they were able making different sort of cars with the least amount of parts, also you could easily upgrade from a basic version. Overall it was possible making a frontwheel drive, rearwheel drive or 4WD car using one, two or even four motors. The Carrera car shown below is a frontwheel drive version using two 380 size motors. The motors had been mounted to the steering blocks with a direct drive to the front wheels, this means also the motors were moved when turning the front wheels. Also there was no spur gear as with other cars, but the teeth had been molded into the wheels. The same system had been used also for the rear wheels when making a rearwheel drive or 4WD car. This is a very unique system and in reality didn´t work that good as the teeth at the wheels were damaged easily. We know of just one other car using also this type of wheels and teeth, the Mantua 3000 car of similar age. This car uses the very nice Ford Capri Turbo body, other versions came with the Porsche 935, BMW M1 or Renault Formula body. 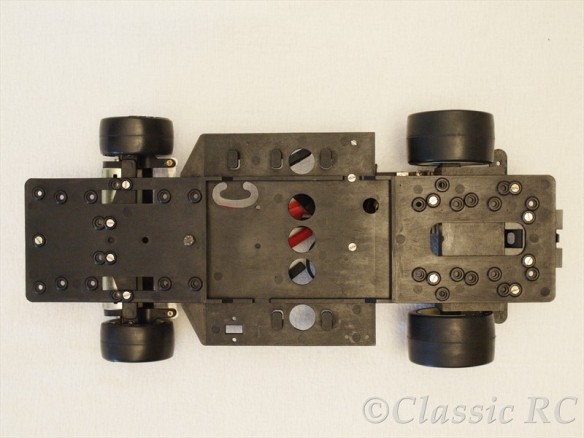 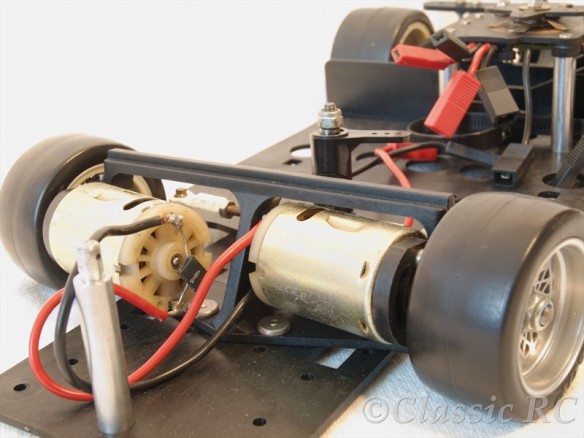 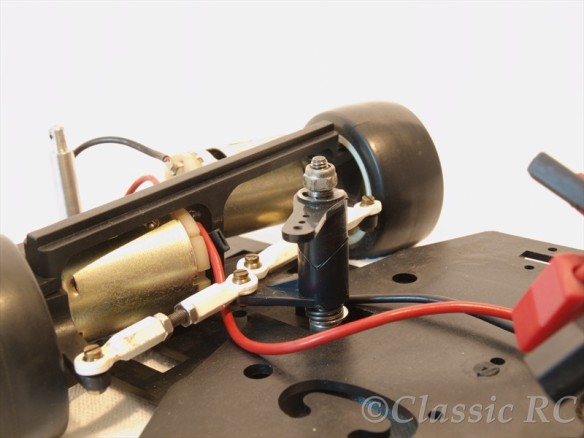