Tru-Tyres located in Great Britain was a specialist for manufacturing all sort of 1/12th tyres. In 1986 they released also their own 1/12th scale car, the Tru-Tyres Tornado. Basically this was a mix of Demon Products MF-1 and the Schumacher B-Car.

The chassis was much stiffer than the Demon car but the flexing part of the chassis again below the battery. The complete rear pod including the PB aluminium shock was borrowed from the Demon car as the radioplate. For the frontend the beam type version from the Schumacher B-Car was used including the servo mount for upside down servo mounting. The Tornado was sold as conversion kit so you needed a Demon MF-1 as donor car.
Usually the Demon car had red plastic parts in the beginning but later both red and black parts were sold. As parts like this are not available anymore we left the car as arrived here with a mix of red and black plastic parts. The front body posts as used with this car were made by Schumacher, matching the front end. 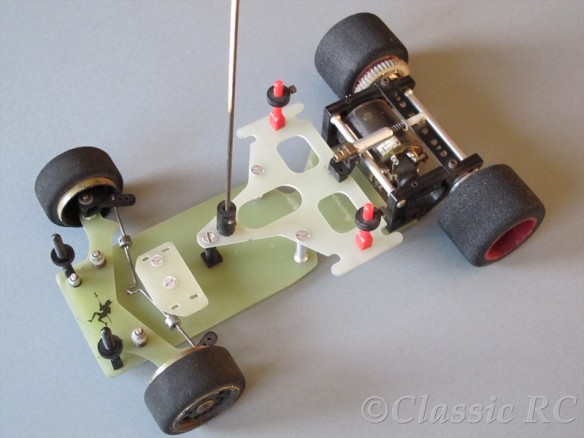 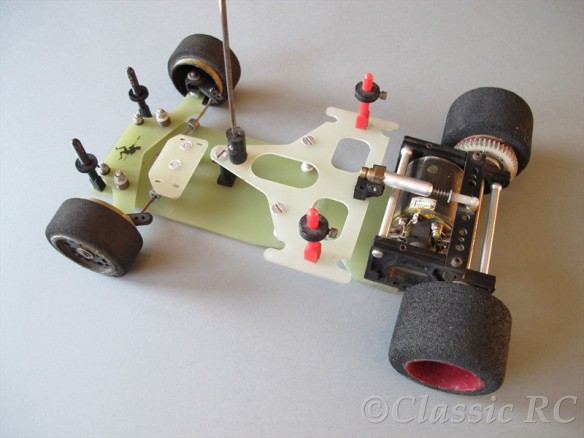