In spring 1980 the second generation Gemini car was released, the Gemini SL. The new car was developed to meet the new lower weight limit of the British BRCA and American ROAR rules. Comparing with the previous Gemini 1 car the ESC was moved more forward, in front of the motor. Also the shape of the chassis was changed for more flex and the radioplate changed with the batteries now mounted below the plate. All parts were redesigned with the chassis and rear axle made from graphite for the competition version. The beautiful rear axle blocks were machined from aluminium as with the older car, with more cutouts for lower weight now. Again this car was run in Great Britain and Germany. At the European Champs 1981 held in Brugg, Switzerland two of these Gemini SL cars could be found at the A-Main result table. Phil Greeno finished in 5th position, joined by John Chamberlain in 7th position overall.

As we can´t find a radioplate for this car we decided showing in current state after arriving at our workshop. 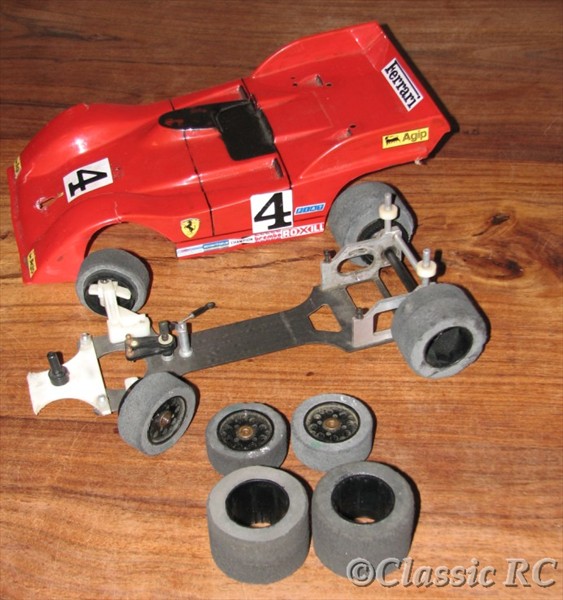